The Relic Kings announce the release of "The Drive" as a single with an accompanying video. The single will make its debut and be added to rotation on SiriusXM Canada 165 - Canadian Indigenous Peoples' Radio. 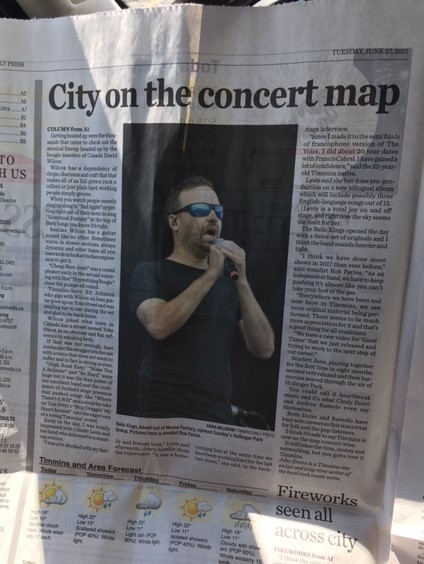 The Relic Kings opened the day with a fierce set of originals and I think the band sounds heavier and tight.
- John Emms, Timmins Press
See Full Review Here